SWIFT (swiftva.com) is one of the largest indirect potable reuse (IPR) projects in the world, and the largest non-membrane based one (article on SWIFT available). In a matter of a decade, 1 billion USD will be invested to bring the IPR capacity to 100MGD (ca. 380.000 m³/day). Our client HRSD (VA, US),hired AM-TEAM to develop a novel kinetic ozonation model that predicts bromate formation and micropollutant removal. We work closely together with Dynamita, the company behind the simulation platform SUMO (dynamita.com).
As such, different bromate mitigation strategies can be compared based on performance and cost, while the tradeoff with TrOC removal can be assessed. Hence, the  model is both an R&D and engineering tool (for train configuration). 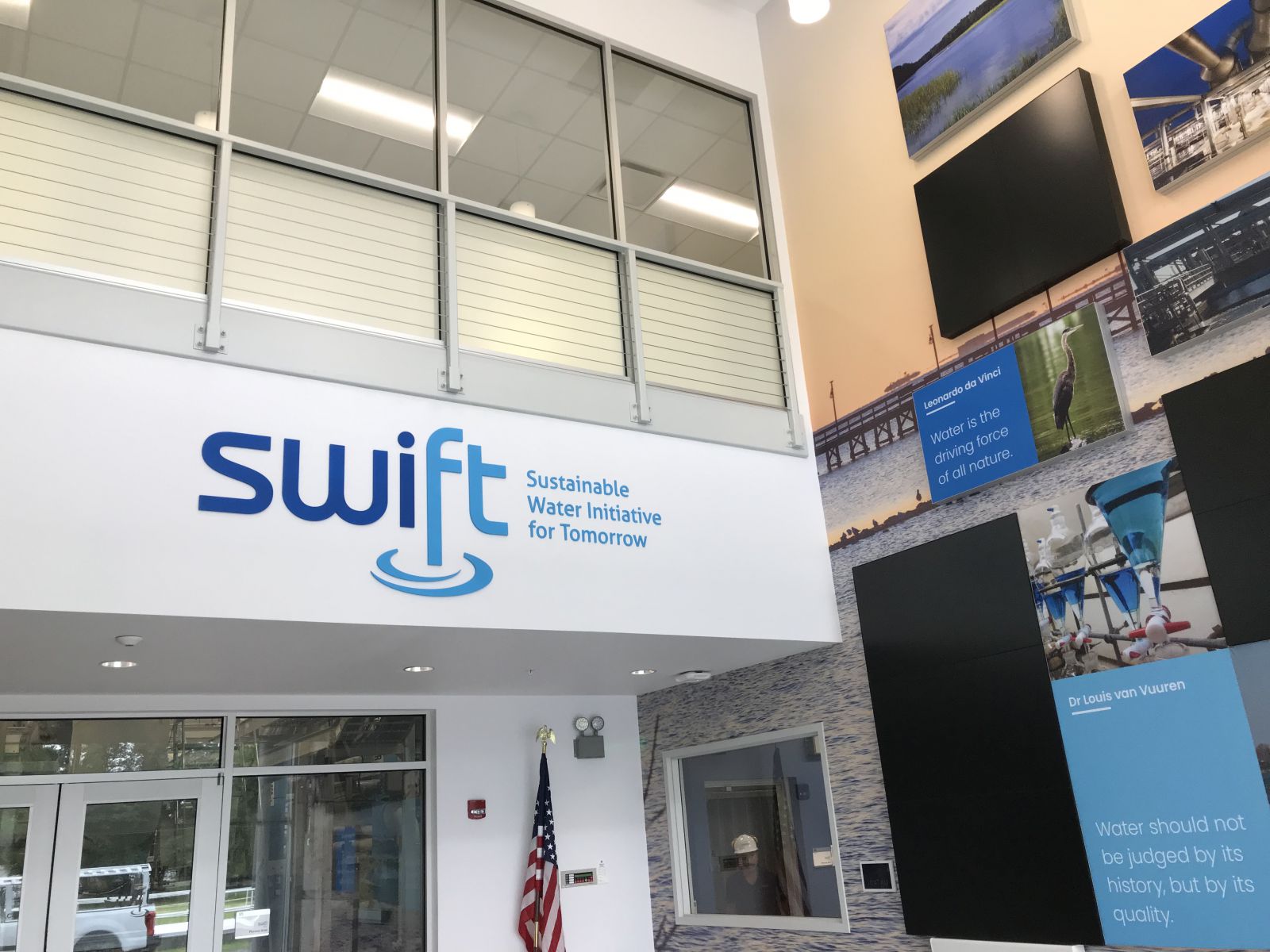 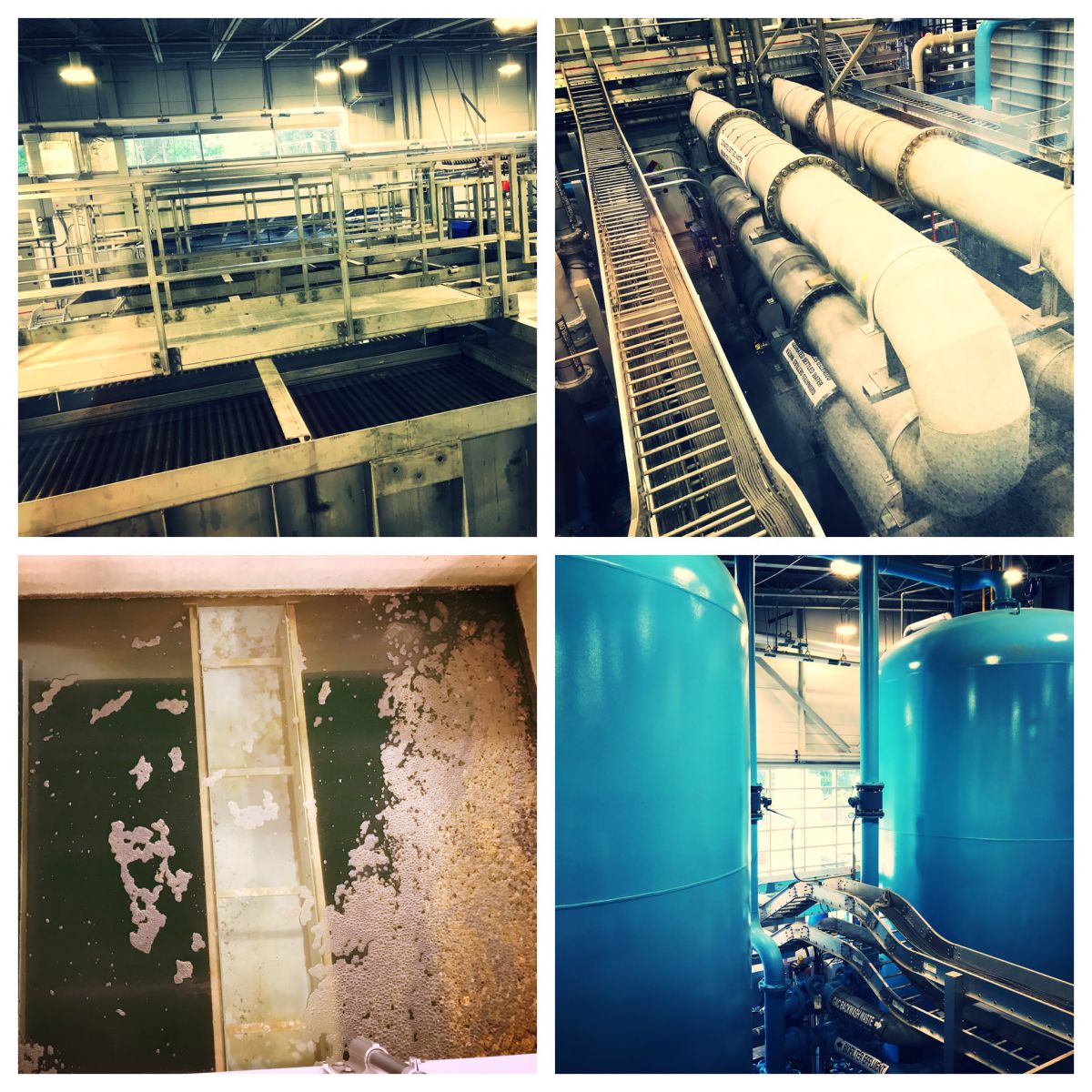 We started modelling the SWIFT pilot ozonation train, consisting of a sidestream injection or bubble configuration, and five transfer and reaction columns. This train is given in the below figure: schematic (left),picture (middle) and SUMO model (right).

The below figure illustrates the predictive power of the model in terms of residual dissolved ozone (left) and bromate mitigation at different monochloramine doses (right).

The model can then be used to run different scenarios and investigate bromate formation. For example, the below figure showst that the majority of bromate is formed in the early stage of the process, and mainly HO radical based. Further, the addition of monochloramine clearly reduces bromate, but also reduces the removal of some TrOCs, mainly those which are dominantely removed by HO radicals, such as 1,4-dioxane. 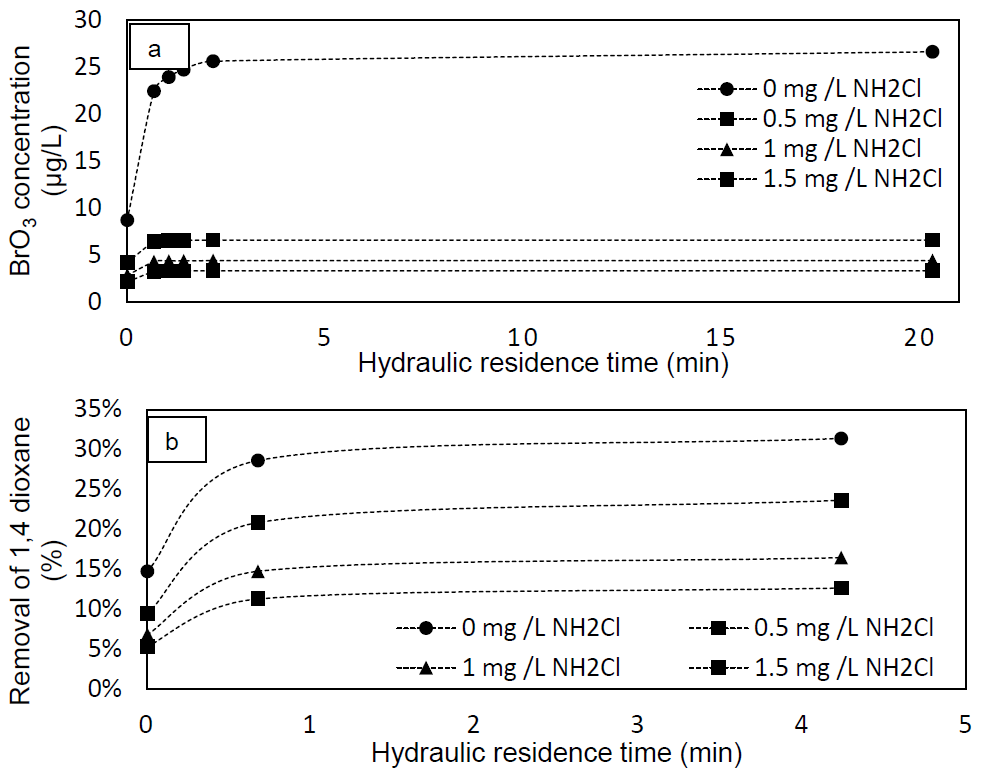 Questions about this project?