Questions from the drinking water company

To reach those objectives, the basin should be optimally mixed. Unfortunately, the big investment was performed without prior CFD analysis. However, optimisation was possible. Specifically, the utility had the following questions:

CFD modelling of the basins

We modelled the basin in 3D, realistically accounting for: 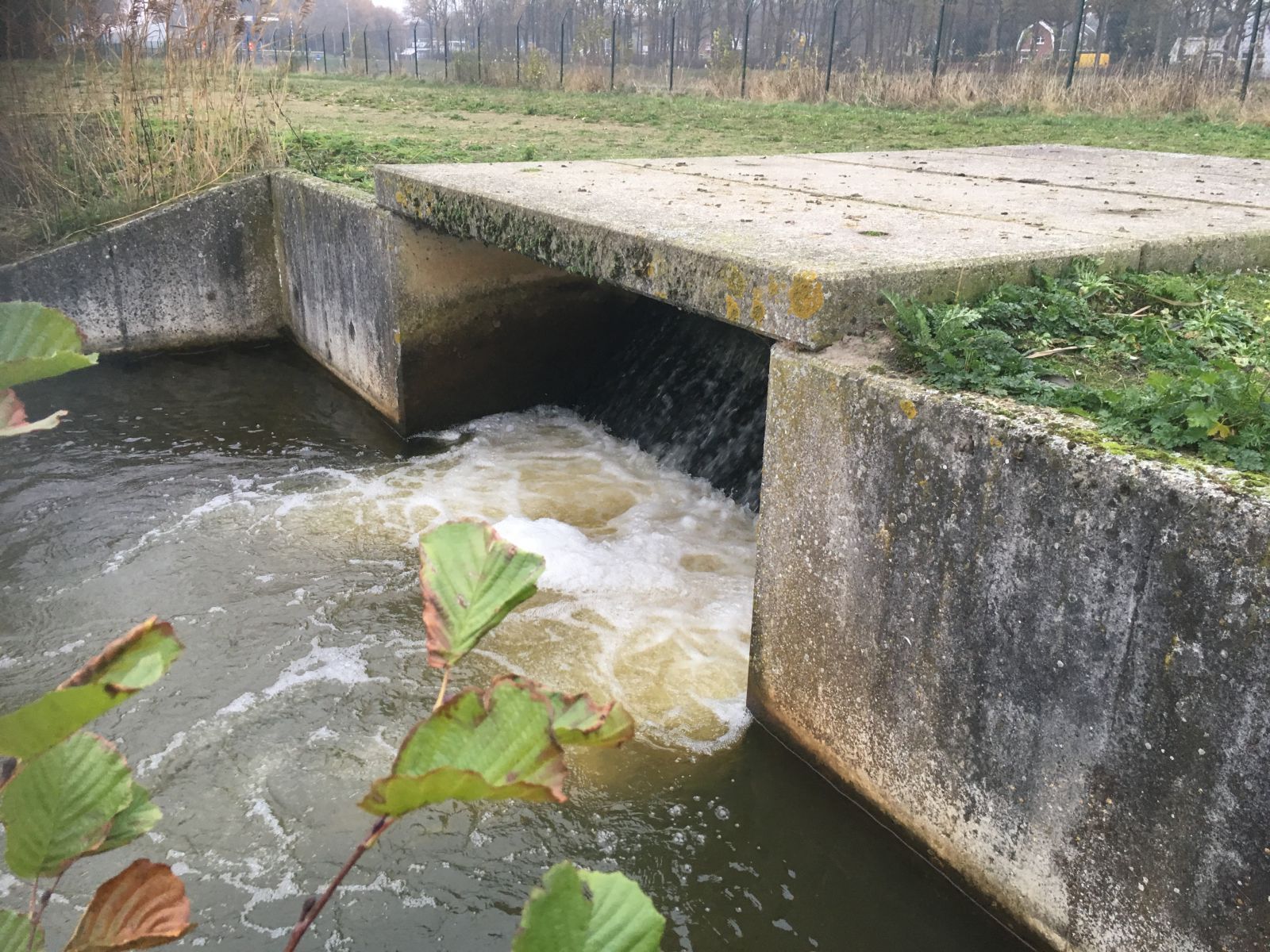 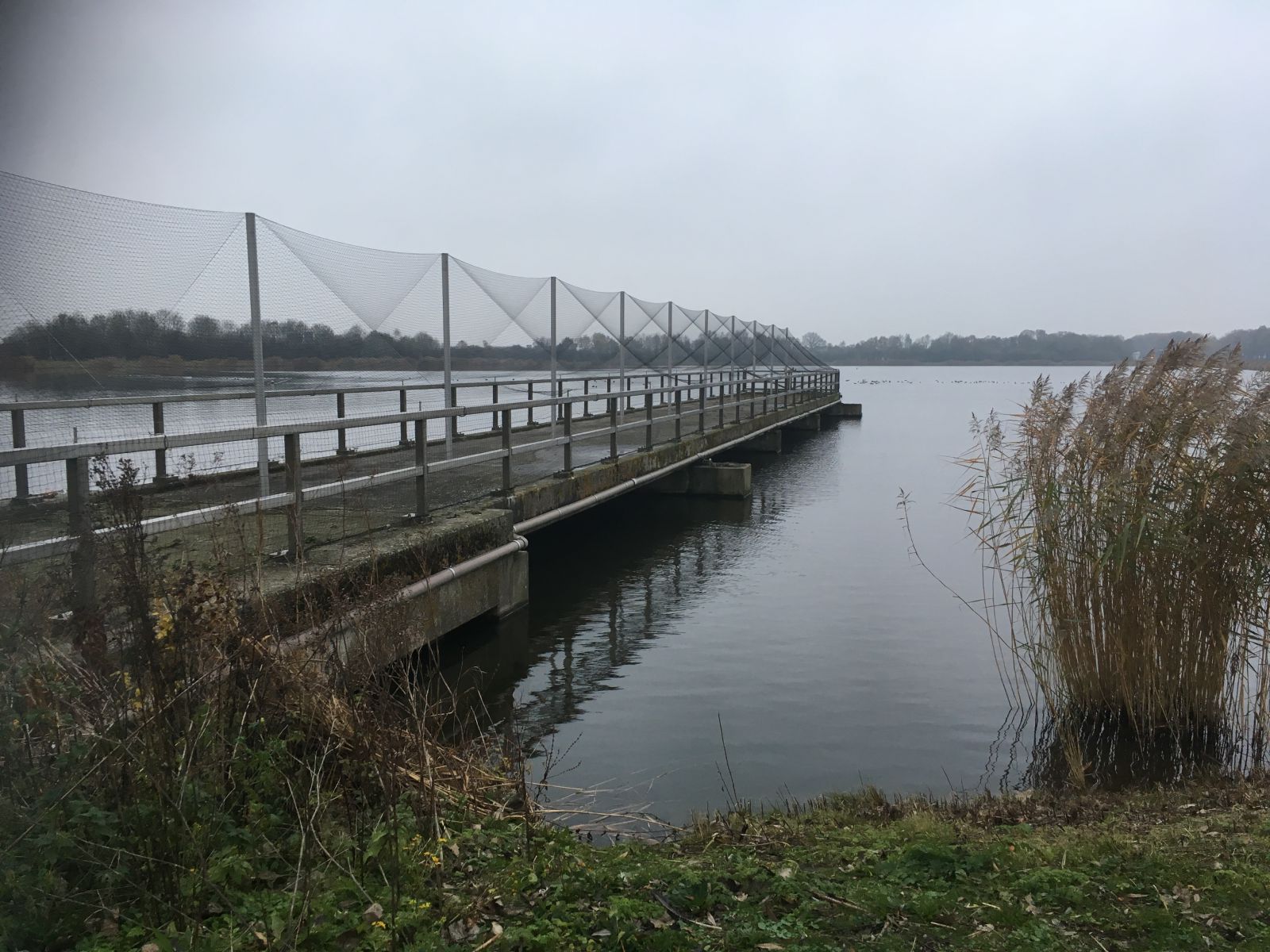 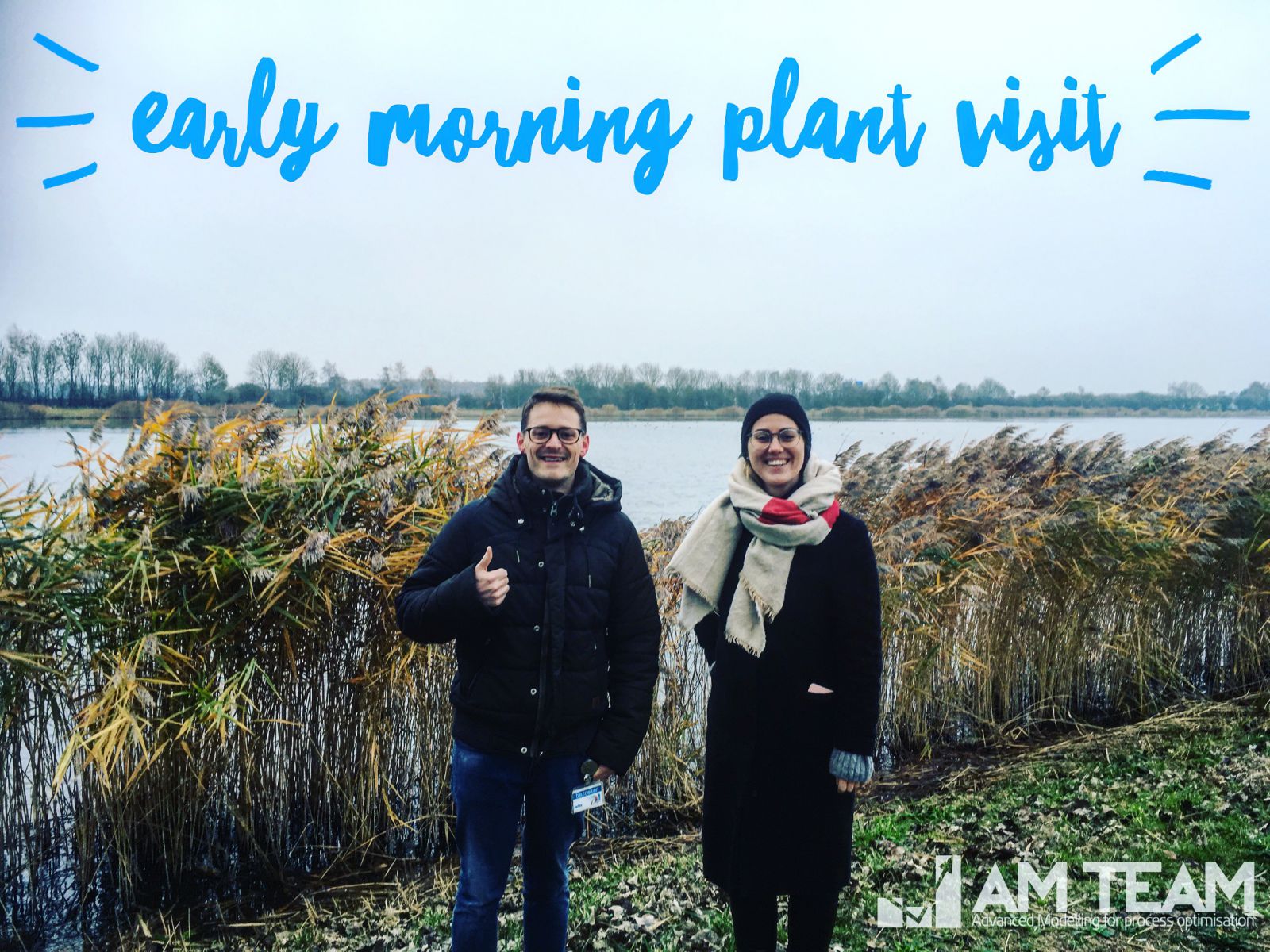 The input needed to execute the project was very limited:

We injected a 'virtual tracer' in the inlet (not injected in reality!) and the CFD model visualised dead zones and shortcircuiting.

As shown in the below figures, the impact of aeration is significant. Without aeration, the mixing performance of the basin is very poor, and the whole system changes. The strong coloured stream indicates the influent, shortcircuiting strongly without aeration. A quantitaive comparison of the mixing in all cases is given in the curves. The steep curves (more homogeneous system) show good mixing in the case of aeration. The impact of ifluent flow rate was limited, while higher flow rate led to better mixing. 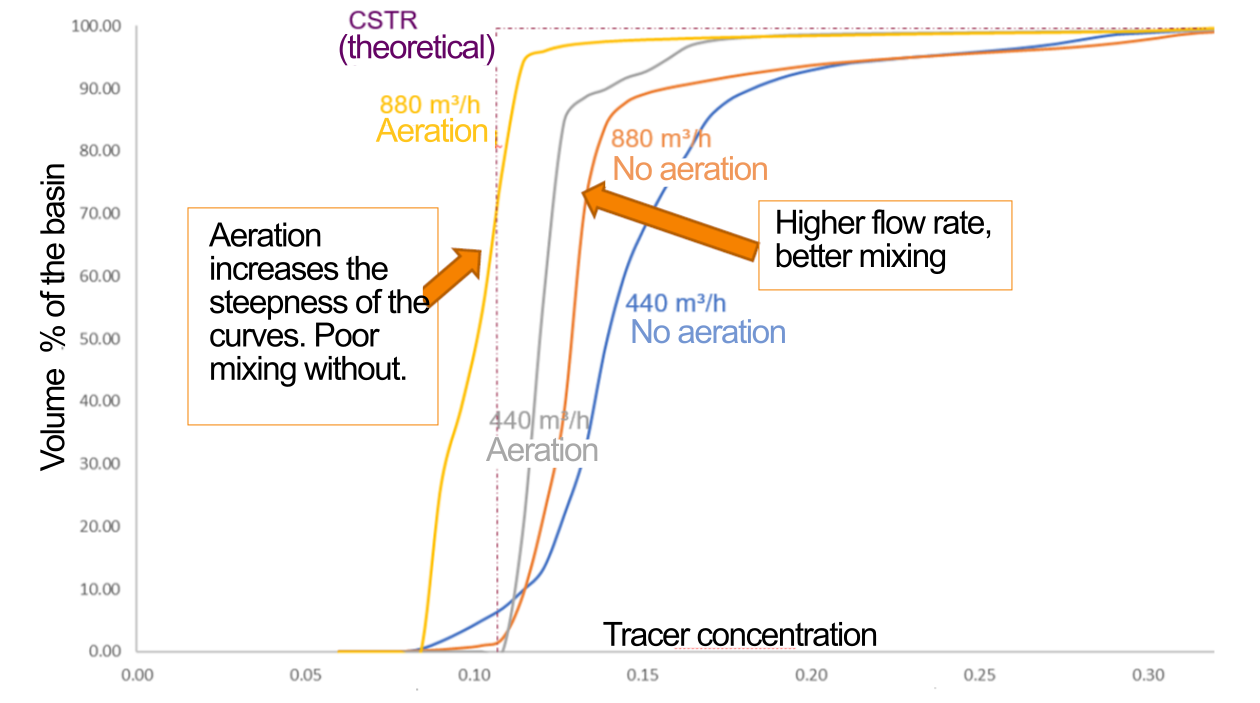 Final impact of the study

Questions about this project?